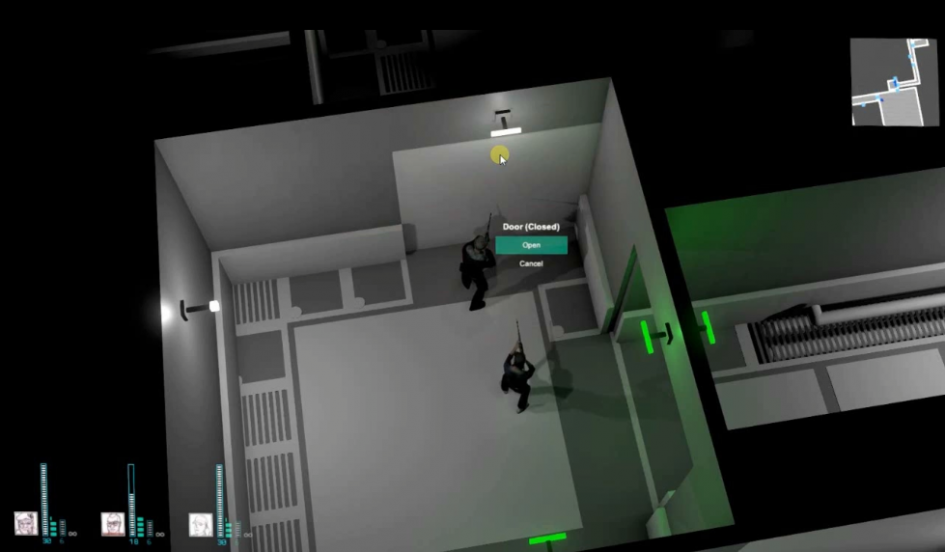 So since I’m back on coding again, I started to design and redesign how gameplay is distributed within the generation process as well as live. I also set and reached a milestone last friday, which was having a multiplayer test session and produce some footage for you to watch 🙂

Having something stable and playable at any given time in development is crucial. It took me some time to get everything running fine again after updates and lots of refactoring, but I managed to reach my goal of letting my colleagues play the game a little during lunchtime on friday and capturing video. I spent some time packing the footage together, adding a little logo animation and producing some audio (the logo audio is also a taste of what the game soundtrack will be like later). Here it is:

Since I use procedural generation, there is little to no chance for me to actually place any enemies, items etc. myself.

Instead, I have to make the generator do the work for me. My levels are very much area based, so I decided to place enemies, loot, hazards, key items on an area basis. They might also be combined. For me, the best metaphor to describe how it’ll work is the generator is playing cards from a given deck. I can define the set of available cards per level, this is how I can control when particular gameplay elements are introduced to the player. Another benefit is I can force certain combinations of enemies, like a melee one combined with range support, or combine enemies with hazards, to create new situations for the player to solve. I also figured I can now deploy a rythm of good cards followed by evil cards, repeat. I call those Area Cards.

Further, I decided to implement a Director AI. This concept was first introduced in Left 4 Dead and I think it is a perfect fit for Biosignature. What it does is it tracks the players stats and their stress level. Then it can react to those to keep a defined stress baseline. I liked the term so the Director does now play Action Cards. It might be spawning additional enemies or help the player out by presenting long needed health packs to them. The chance of the game placing enemies in their backs will also keep the players on their toes much more.

Thats it for today!
Philipp 🙂